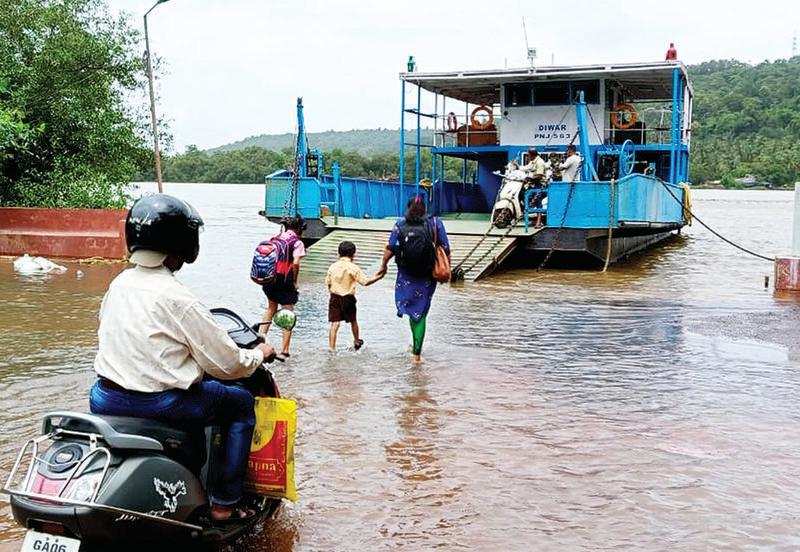 With the Adpoi ferry wharf often submerging during high tide, commuters have demanded that the government raise the height of the jetty along with the approach road to avoid any untoward incident. Commuters said that the wharf has turned risky, and could even prove fatal during the monsoon. The wharf goes under water when the level of the Zuari rises during high tide. Owing to strong current, the possibility of mishaps cannot be ruled out, a commuter said.