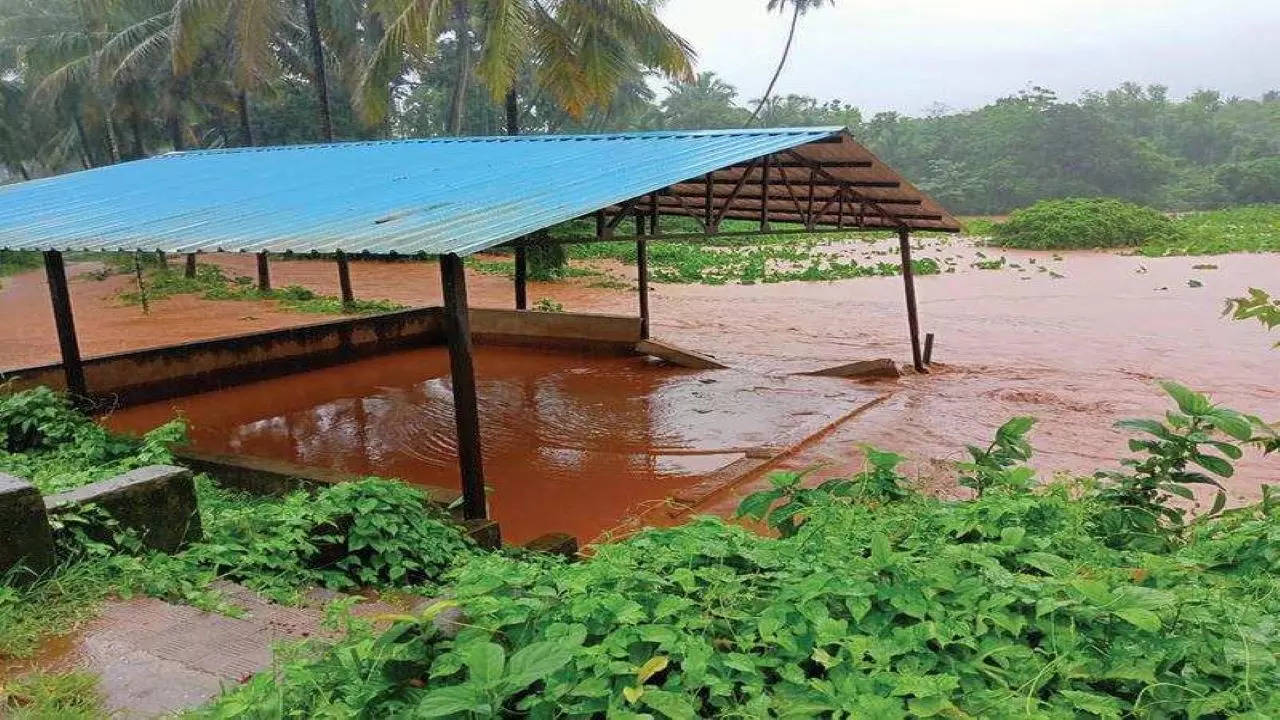 Fields and waterbodies at the foothills of the Mopa plateau, where work of constructing the international airport is under way, are flooded.Last year too, during the monsoon, villagers here were affected due to flooding and landslides incidents that took place during the Tauktae cyclone. All the inconveniences suffered by the locals were brought to the notice of the government authorities and chief minister Pramod Sawant had assured to carry out the needful mitigation measures.