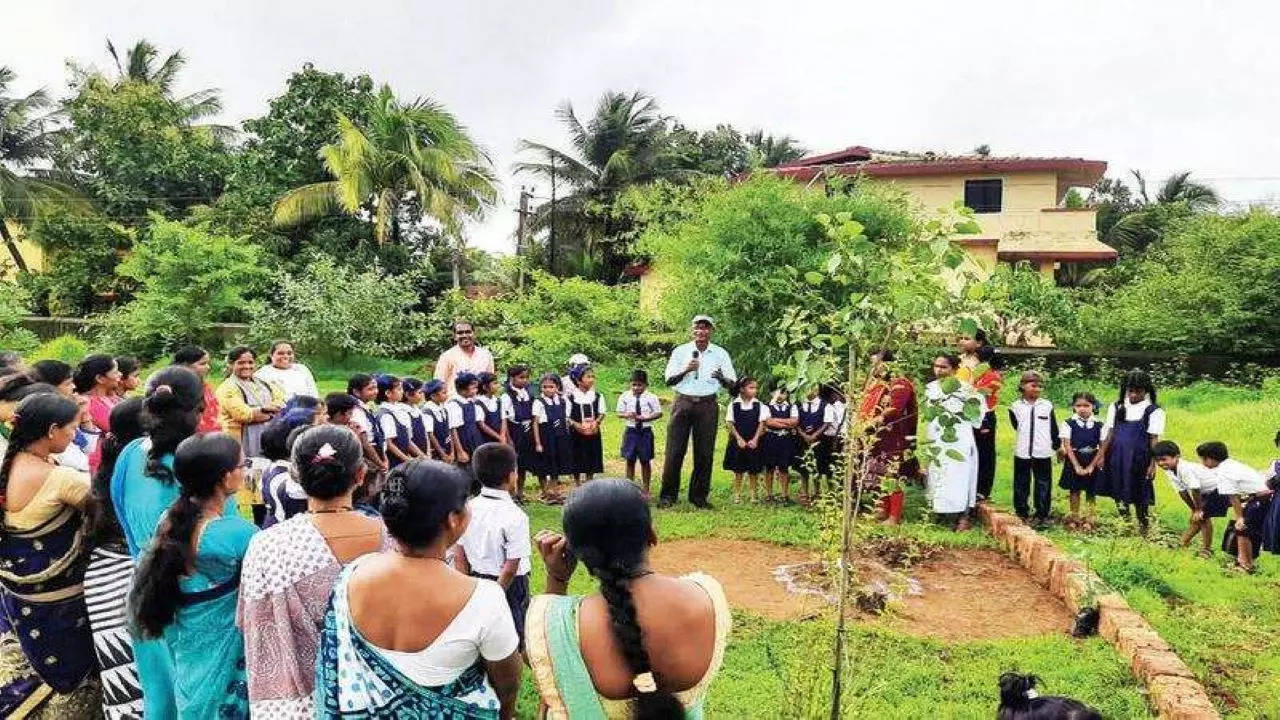 KERI: Since the last few years, the plantation of indigenous tree species is gaining momentum as government and non-government organisations are taking interest in popularising the initiative.Member secretary of Goa State Biodiversity Board Pradip Sarmokadam, said, “Every monsoon, we distribute saplings of indigenous species to interested Goans and it has been revealed that the survival rate of the trees is indeed satisfactory. In Mopa, where the new international airport is coming up, we distributed a variety of saplings and the majority of trees that were planted survived as people were personally involved.”