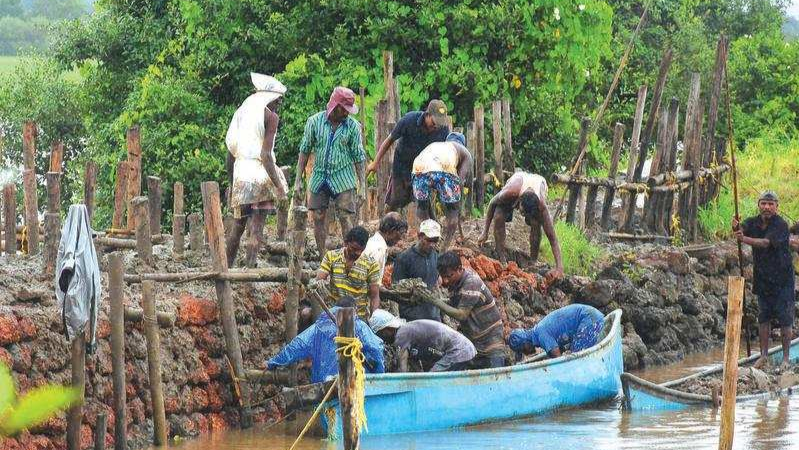 For the fourth year in a row, Rama Velingkar has seen his crops destroyed as the weather gods played havoc. The ageing farmer from Sao Mathias village of Divar island says this paddy crops have been spoiled year after year either due to heavy rainfall or ingress of saline water but his pleas to the powers that be to do something have fallen on deaf ears.