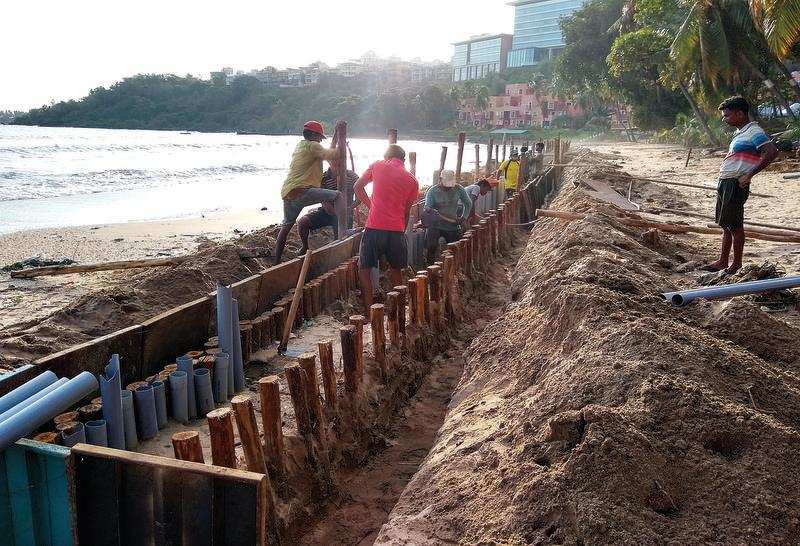 The Goa Coastal Zone Management Authority (GCZMA) has granted approval to the starred hotel in Vainguinim for reconstruction of an old mini-deck and a walkway in the CRZ area for water sports. At present, a dispute is ongoing between the hotel and Vainguinim locals over a wall the starred hotel has constructed on the beach. While the hotel claims it has only restored an existing anti-erosion structure, the locals allege that it is a new construction carried out to usurp the public beach.